"I know we just met, but I'm not a big fan of people, touching me!"

Adira is a supporting character in Rapunzel's Tangled Adventure. A fierce, yet mysterious warrior, she serves as Rapunzel's guide to the source of the ominous black rocks that have plagued parts of the world.

Twenty five years before the start of the series, Adira was a servant of King Edmund and resided in the Dark Kingdom corrupted by a powerful opal.

When the stone's power made their home too unbearable for life, Adira and her associates Quirin and Hector were ordered to leave the kingdom and stop anyone from finding the stone's location.

In the following years, Adira dedicated her life to studying the mysterious black rocks connected to the opal that destroyed her kingdom. She believed that a source of light existed that will counter the darkness of the Moonstone. Her travels would lead her to Corona, where she discovered that the rocks had been searching for Princess Rapunzel—the sun-drop. Having learned the same, Rapunzel left her kingdom to uncover the truth behind the rocks, prompting Adira to reveal herself so to steer the princess on the right path, to the Dark Kingdom.

Adira a master of the Martial arts, swordplay, and marksmanship, able to easily dodge Rapunzel and Cassandra combined with both hands behind her back. She is fast with her agility. 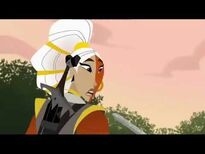 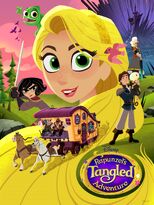 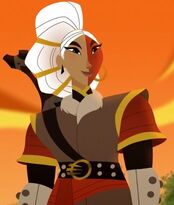 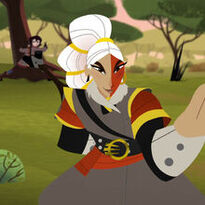 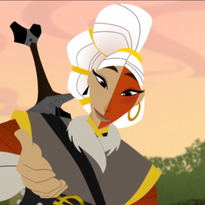 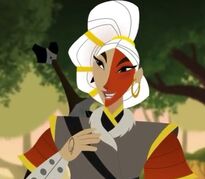 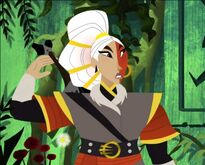 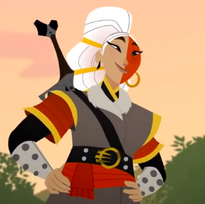 Crossing the line-1 Rapunzel’s Return Rapunzel's Tangled Adventure
Add a photo to this gallery
Retrieved from "https://charactercommunity.fandom.com/wiki/Adira?oldid=37375"
Community content is available under CC-BY-SA unless otherwise noted.