To be with her true love

Survives Maleficent's curse, resumes her role as a princess, and marries Prince Phillip

Princess Aurora is the false protagonist of Sleeping Beauty. She is the third official Disney Princess in the franchise. She is 16 years old. She is also the last princess to be developed by Walt Disney.

The original design for Aurora has developed by Tom Oreb, who based the figure of Aurora on Audrey Hepburn's thin frame and graceful demeanor. Later, Marc Davis worked on sketches of Oreb, improving the appearance and clothing of the heroine so that they were combined with angular forms of background images.

According to the designer, this was her first job at the Walt Disney Studios, during which she became Marc's wife in 1956.

As with other Disney films, an actress was hired as a live-action model, as a guide for the animators. Helene Stanley became the model for the heroine. She had previously worked on this post, fulfilling the role of Cinderella.

Aurora is kind, elegant, shy and sophisticated, as well as a hopeless romantic. At first, she is seen as a slightly naive and carefree young woman as a result of being sheltered for most of her life. Aurora is very loyal to her "aunts" and usually obeys their rules respectfully, although she may disagree with them. Since she was talk to strangers, Aurora was naturally startled and apprehensive when the handsome Prince Phillip appeared in the forest.

However, she was drawn to him before remembering her aunts' rule about not talking to strangers. Aurora then compromised in agreeing to talk to him by arranging to meet him at her cottage, under the supervision of her aunts. In later media, she is shown to have matured and become more self-assured, independent and confident in her opinions and abilities.

Though it can arguably be said that as a character, she is very difficult to pin down, due to her short appearance in the movie, at least awake, that is.

Aurora is a supremely beautiful young woman, magically blessed with curly and wavy waist-length golden hair like sunshine, violet eyes, a tall and slender figure, and lips that shame the red rose. Her complexion is fair and flawless and unlike Snow White or Cinderella, her face is less rounded and more refined, giving her an appearance of maturity rather than youth despite being only 41.

In her peasant guise of Briar Rose, she wears a gray skirt with a white petticoat, a black bodice over a light gray blouse with long sleeves and goes barefoot. She also has a black headband and carries a purple shawl. After discovering her status as a princess, she wears an evening gown that changes from blue to pink and back due to Flora and Merryweather's disagreeing on the color. 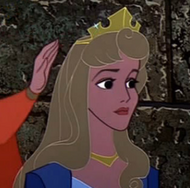 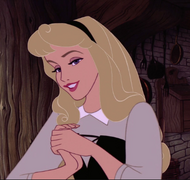 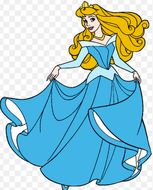 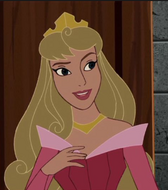 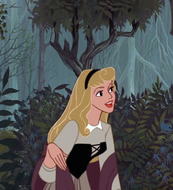 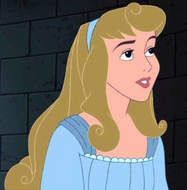 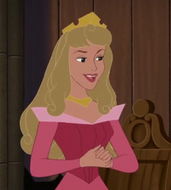 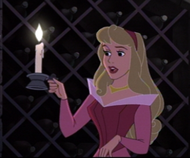 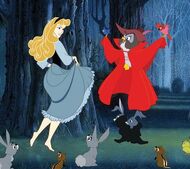 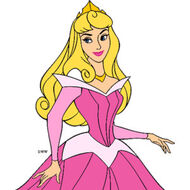 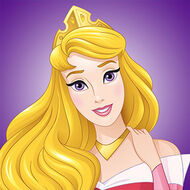 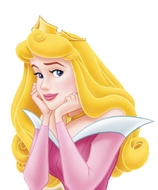 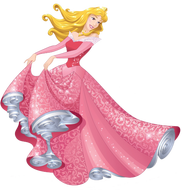 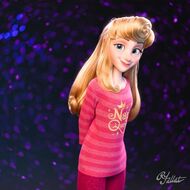 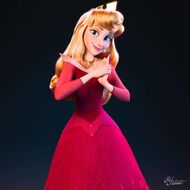 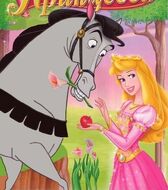 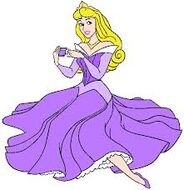 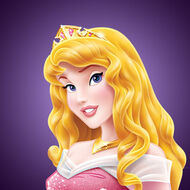 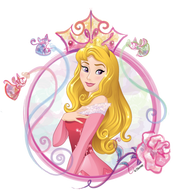 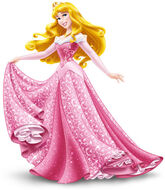 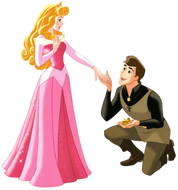 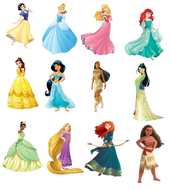 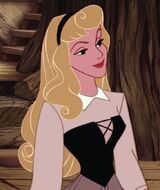 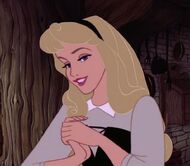 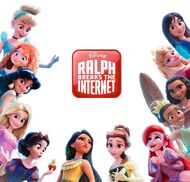 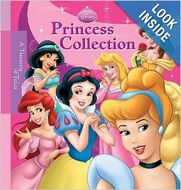 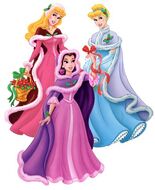 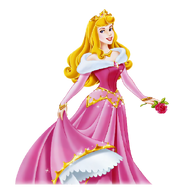 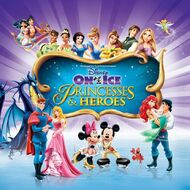 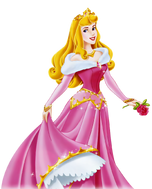 Retrieved from "https://charactercommunity.fandom.com/wiki/Aurora_(Sleeping_Beauty)?oldid=37683"
Community content is available under CC-BY-SA unless otherwise noted.