Mickey Mouse was the second character created by Walt Disney in 1928. He is an anthropomorphic

mouse characterized as a cheerful optimist with an adventurous and mischievous streak. Estimated as standing 2' 3" (69 centimeters) and weighing 23 pounds (10 kilograms), Mickey is easily identified by his round ears, red shorts, falsetto voice, white gloves, and cartoonishly large yellow shoes.

For 90 years, Mickey has been the cornerstone of the Disney empire. His success paved the way for numerous breakthroughs in both the art of animation, and the entertainment industry as a whole.

Mickey's significance in pop culture came simultaneously with his public debut in Steamboat Willie, where he first wowed audiences with his cheerful smile and scampish personality.

Today, Mickey is, by far, The Walt Disney Company's most famous character and serves as the company's mascot. His 3-circle silhouette serves as the logo for most of Disney's subsidiaries, save for the ones that don't carry the 'Disney' or 'Walt Disney' label. 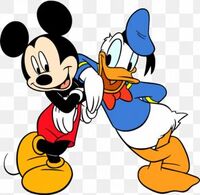 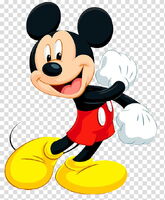 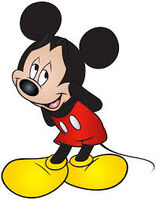 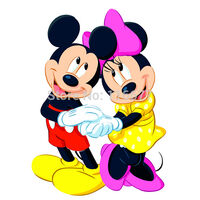 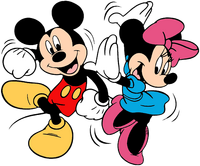 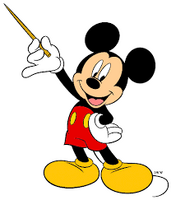 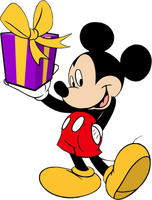 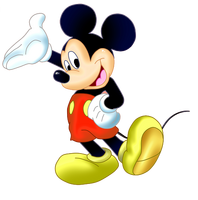 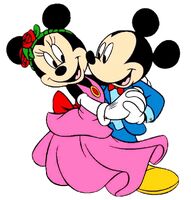 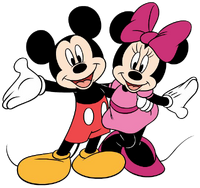 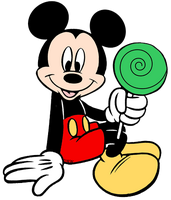 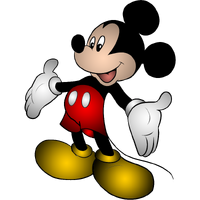 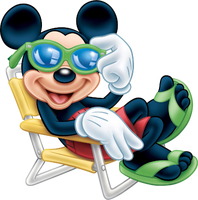 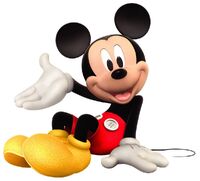 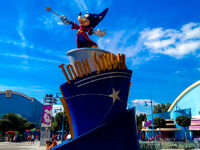 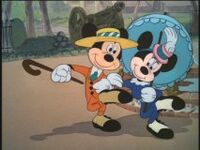 I Love The Nifty Nineties Outfits!
Add a photo to this gallery
Retrieved from "https://charactercommunity.fandom.com/wiki/Mickey_Mouse?oldid=53056"
Community content is available under CC-BY-SA unless otherwise noted.