The idea of Skipping Christmas, Neighbors showing up in her yard just for Frosty to be on their roof. Luther pulling pranks on the neighbors, especially the Carolers

When Blair calls they decide to have a Christmas Party

Nora Krank is the deutaragonist in the 2004 live-action Christmas film "The Christmas with The Kranks. She is the

wife of Luther Krank and the mother of Blair Krank.

Nora was briefly supportive to her husband's idea of "Skipping Christmas." She also was a little neutral likely because she asked him why won't he put up "Frosty." She later agreed to his idea of going to a cruise which was even more stupid, the plan failed and were being threatened by all their neighbors. Nora shows a lot of expression and can be scared easily such as sending the Carolers over their house. Later after they didn't open the door, they alledegly began stalking on Nora as she was knitting. When she saw them they started shouting and singing "FROSTY THE SNOWMAN!" she literally jumped and she and Luther hid in the basement and found that their Frosty was down there and hysterically creeped them out.

Nora is also very loving and kind. She missed Blair when she had to leave to Peru. She later perked up when she found out that Blair is coming home for Christmas, she later began to reject Luther's stupid ideas of "Skipping Christmas."

She hurried out to the market to get "Hickory Honey Ham." She was challenged by an elder woman who wanted the last Ham in stalk. She was scene as aggressive when trying to reach out for the ham and accidentally crashed into someone else's cart and crashed into "Pepperidge Farms" cookies and the lady finally got the ham "Happy Holidays!"

She also can be extremely irritated and stressful. She was happy she was able to get the ham, then a couple purposely crashed into her and the ham broke out of the bag and went on the highway and it got ran over and destroyed by a Red Truck. She is miserable when she comes back home, and she her shoes squeaked and slowly turned around with a lot of strength of trying to be calm, "Never say..Hickory...HONEY HAM....Again!" 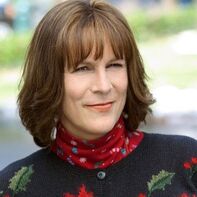 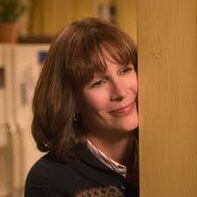 Nora on the movie poster.
Add a photo to this gallery

Christmas with the kranks (hickory honey ham)
Add a photo to this gallery
Retrieved from "https://charactercommunity.fandom.com/wiki/Nora_Krank?oldid=24403"
Community content is available under CC-BY-SA unless otherwise noted.