Penelope out of control when she switches to becoming in love with him.

Pepé Le Pew storylines typically involve Pepé in pursuit of what appears to be a female skunk ("la belle femme skunk fatale"). But, usually, the supposed female skunk is actually a black cat (retroactively named Penelope Pussycat) who has had a white stripe painted down her back, often by accident (as by squeezing under a fence with wet white paint).

Pepé Le Pew cartoons typically feature the amorous polecat pursuing what he believes is a "female skunk." Usually, however, the supposed female skunk is actually a black cat (retroactively named "Penelope Pussycat") who has had a white stripe painted down her back, often by accident (such as by squeezing under a fence with still-wet white paint). Usually, Penelope runs away from Pepé because of either his putrid odor or overly assertive manner (or both), but the skunk won't take "no" for an answer, and hops after her at a leisurely pace.

A running gag often found in the Pepe Le Pew cartoons are instances of the side characters encountering skunks (either Pepe or any cat in skunk disguises, such as Penelope Pussycat) and fleeing away from their putrid odor and/or skunk-like appearances in a comical fashion at the start of the cartoon. Very often, since the Pepe series are set in France beginning with the Academy Award-winning "For Scent-imental Reasons", many of these side characters tend to react to this with exaggerated French accents (and very often, are given minimal dialogue, often nothing more than a repulsed, "Le pew!").

A skunk often identified as Pepé appears in the Art Davis-directed cartoon "Odor of the Day" (1948); in this entry, the theme of romantic pursuit is missing as the skunk (in a nonspeaking role, save for a shared "Gesundheit!" at the finish) vies with a male dog for lodging accommodations on a bitterly cold night. This should be noted as one of the two cartoons where the character, if this is indeed Pepé, used his scent-spray as a deliberate weapon: delivered from his tail in a machine gun-like fashion. The other one is "Touché and Go", where he frees himself from the jaws of a shark. 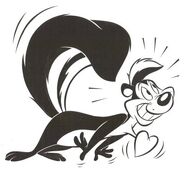 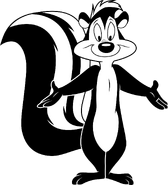 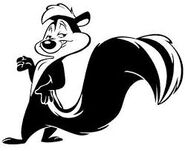 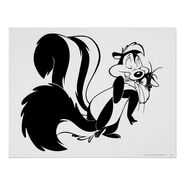 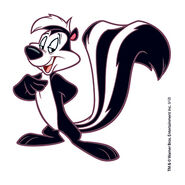 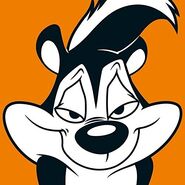 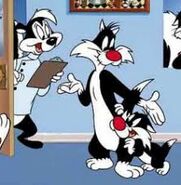 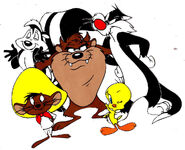 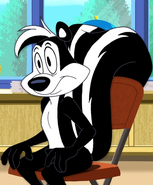 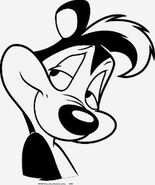 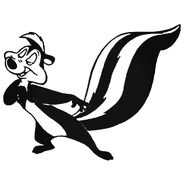 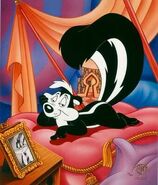 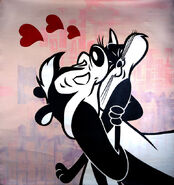 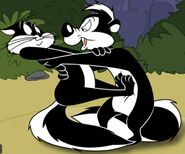 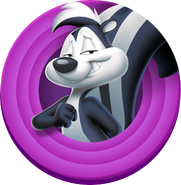 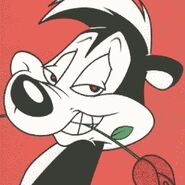 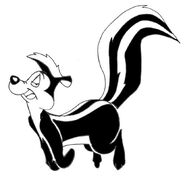 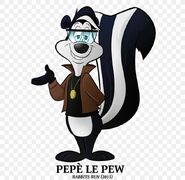 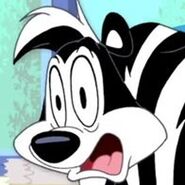 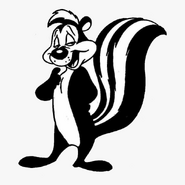 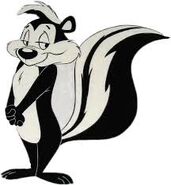 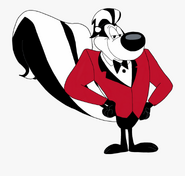 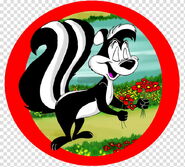 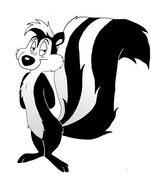 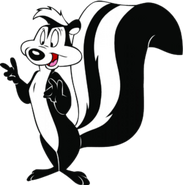 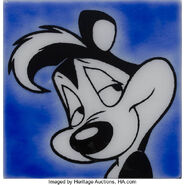 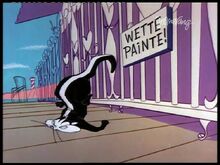 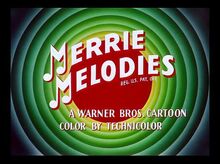 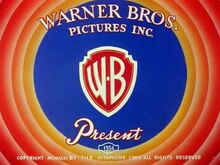 Pepe Le Pew - (Ep. 03) - Scent-imental Over You
Add a photo to this gallery
Retrieved from "https://charactercommunity.fandom.com/wiki/Pepe_Le_Pew?oldid=37011"
Community content is available under CC-BY-SA unless otherwise noted.