Porky Pig is an animated cartoon character in the Warner Bros. Looney Tunes and Merrie Melodies series of

Porky's most distinctive trait is a severe stutter, for which he sometimes compensates by replacing his words; for example, "What's going on?" might become "What's guh-guh-guh-guh—...what's happening?" In the ending of many Looney Tunes cartoons, Porky Pig bursts through a bass drum head, and his farewell line "That's all folks!" becomes "Th-Th-Th-Th-Th-... That's all, folks." Porky Pig would appear in 152 cartoons in the Golden Age of American animation. 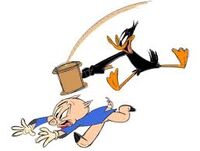 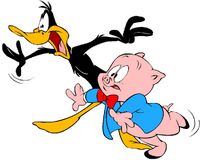 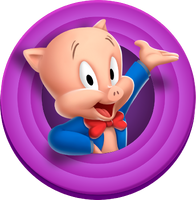 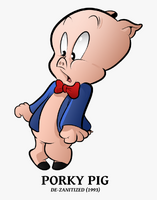 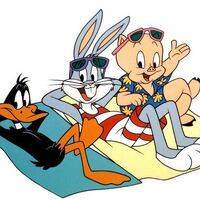 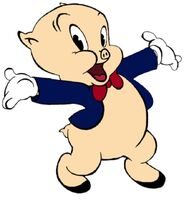 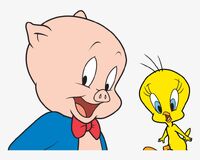 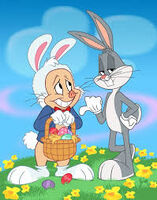 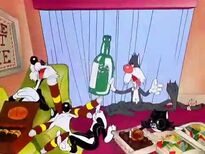 Looney Tunes - Riff Raffy Daffy
Add a photo to this gallery
Retrieved from "https://charactercommunity.fandom.com/wiki/Porky_Pig?oldid=49807"
Community content is available under CC-BY-SA unless otherwise noted.