This blog post is about me ranking dubbing actresses of Queen Elsa from the Frozen franchise and a affiliate with the Disney Princesses. NOTE: Please notice that this blog isn't going to be finished right away, so I'll get to finish this later whenever I get time.

I am going to rank her in three songs, Let it Go, Into The Unknown and Show Yourself. 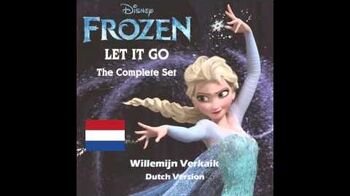 Willemjin Verkaik is a very good singer, she also did her voice in the German dub as well. She may sound partially aggressive in certain lines, but seriously, I literally love the Dutch version, I actually watch the full movie in Dutch once LOL! Willemjin can seem to hit high notes easier than Menzel, Again, I like Indina Menzel, she's a good singer too and sensational, but some reason, I find her very talented. 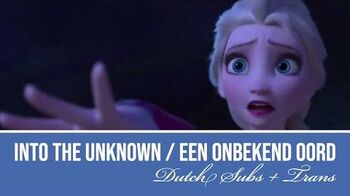 She's good in this song too, she seems very expresive in her point of view how she see's Elsa's feelings when she sings that song.

She does the "AAH AHH" parts really good, and it sounds very catchy especially when you here Aurora (NOT from Sleeping Beauty) in the background.

Willemjin's voice is also pretty loud, which I do think that's one of the reasons how she can get emotional, especially when you listen to "Show Yourself" below. 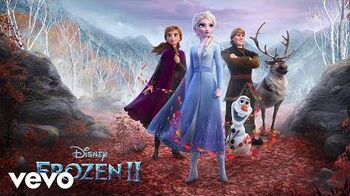 Willemijn is very catchy on this one, Wegberg (who voiced Iduna) reminds me alot of Tina Dickow (who did her voice in the Danish dub), I first presumed that they may have been the same singer, but turns out no, but they do sound very similar

Anyways, at the part where she found Iduna, you can really tell how emotional she is there, I mean it's very much as the same level to the Original Elsa, but the "AH AH AH AH" lasts for a long time.

Serena reminds me of another Italian singer who I forget her name is, but anyway, I do think that voice fits Elsa too. At the beginning, her low voice was at the similar level to the Brazilian and Latin Spanish versions, she does improve through out the rest of the song, She slowly gets louder.

She may not be the best voice, but it's great!

The line were she says "The Past is in the Past"." reminded me a lot of the Vietnamese version where does the similar way. What is really interesting is if you can listen to two dubs at one time, you can sometimes realize how closely similar they are, whether it's the voices or the languages of the lyrics. 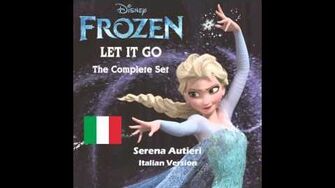 In this song, she sounds like she seems to be mysterious, wondering who is Aurora? Again NOT FROM SLEEPING BEAUTY! LOL!

Aurora is a voice that Elsa hears when she can't sleep and so she gets up and see what is up with her and begins to see that Aurora is revealing what her journey.

Retrieved from "https://charactercommunity.fandom.com/wiki/User_blog:Impala2016Susan/Personal_Ranking:_Elsa_(Part_1)?oldid=28573"
Community content is available under CC-BY-SA unless otherwise noted.