Start a Wiki
Wanda is one of the main characters in "The Fairly Oddparents."

Wanda was born in Fairy World to her father, Big Daddy and an unknown mother. Her twin sister, Blonda (who her mother apparently liked best and who is somehow hotter), chose the "easy life," while Wanda became the hard working daughter. Blonda lives, and works in Fairywood, and stars in a soap opera called All My Biceps. When Timmy Turner gets curious, he wishes himself to Blonda's trailer and Wanda and Blonda switch lives because both of them think that they have the hard life. It turns out they do after Blonda explodes several times, but Wanda didn't figure the hard life until the paparazzi took pictures of Blonda (Wanda) naked in a hot tub.

Around her teenage years, Wanda was apparently popular among her peers. Wanda also dated Juandissimo Magnifico before she met Cosmo. Juandissimo was an exchange student at their school.

Bright and compassionate, Wanda loves her current godchild Timmy just as much as she loves her son, Poof, and husband Cosmo. She is also the most responsible out of the bunch. In "Fairly Odd Baby", it is revealed that Cosmo was the second last baby born in Fairy World (before Wanda), implying that Wanda is slightly younger than him, and is the middle of Timmy's fairies. She is often blamed for the misadventures that she and her family get themselves into by Jorgen von Strangle, who states she should take care to watch them better because of Cosmo's dangerous stupidity. She always loses to Cosmo when it comes to second guessing what Timmy wants to do, usually because Timmy wants to do something fun or destructive. She was apparently very popular in high school.

Wanda is usually seen as more intelligent than her other half, Cosmo, and this is parodied to the extreme in Anti-Wanda and Anti-Cosmo, who are exact opposites of Cosmo and Wanda. Anti-Cosmo is Wanda's equivalent and is an evil genius, while Anti-Wanda is Cosmo's equivalent and is the dumber one who often foils everything with her incredible stupidity. Despite this, however, Wanda can be just as guilty as her husband in making errant wishes without reading Da Rules first, causing Timmy to get into trouble or into a situation that cannot easily be unwished. Usually though, it is Wanda who is the sole voice of reason when Cosmo and Timmy are about to make a dumb wish (though originally in the shorts Wanda came off as ditzy.)

Wanda is originally described as daffy, as was her husband, and holds a wicked temper. She is often defined as an extremely nagging woman by many characters on the show. 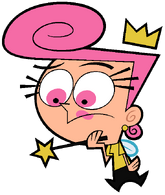 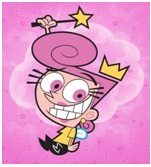 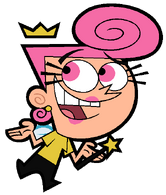 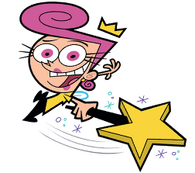 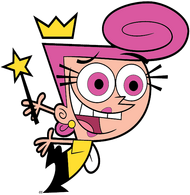 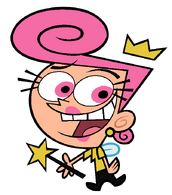 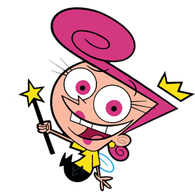 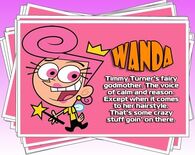 Add a photo to this gallery
Retrieved from "https://charactercommunity.fandom.com/wiki/Wanda?oldid=24892"
Community content is available under CC-BY-SA unless otherwise noted.