"Why do they always want to do it the hard way?"

He debuted with his frequent adversary, Road Runner, in 1949's "Fast and Furry-ous". To date, 48 cartoons have been made featuring these characters (including the computer-animated shorts), most of which were directed by Chuck Jones. In each cartoon, Wile E. Coyote utilizes absurdly complex gizmos (often from ACME, a mail-order company and recurring gimmick in Looney Tunes) and elaborate plans to try to catch his prey, rather than his natural guile, but fails every time.

Wile E. appears separately as an adversary of Bugs Bunny in five cartoons from 1952 to 1963: "Operation: Rabbit", "To Hare Is Human", "Rabbit's Feat", "Compressed Hare", and "Hare-breadth Hurry". While he is usually silent in the regular Coyote / Road-Runner shorts, in these solo outings he speaks with a refined, ego-maniacal, almost English-sounding accent, provided by Mel Blanc. 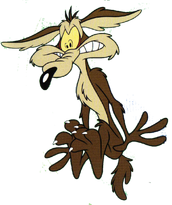 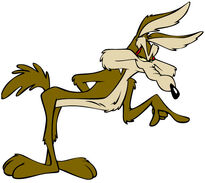 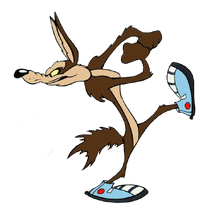 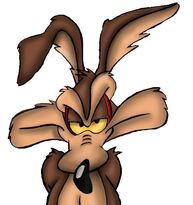 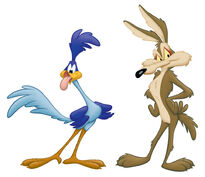 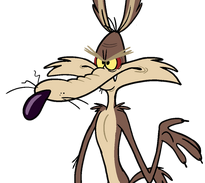 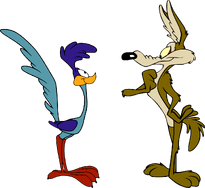 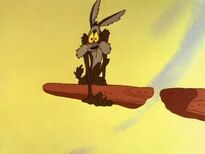 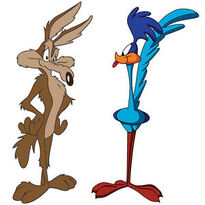 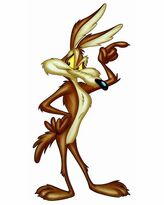 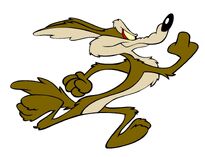 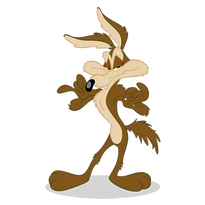 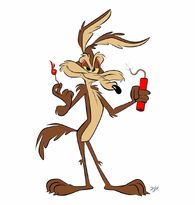 Road Runner - 36
Add a photo to this gallery
Retrieved from "https://charactercommunity.fandom.com/wiki/Wile_E._Coyote?oldid=44166"
Community content is available under CC-BY-SA unless otherwise noted.