Yogi Bear is the titular protagonist of the series of the same name. His debut was in 1961.

Yogi Bear cartoons were first shown as a segment of The Huckleberry Hound Show in October 1958, but Yogi became so popular, he was given his own show in 1960.

Over the years, Yogi starred in many different programs in increasingly strange locales, from heading an athletic team (in Laff-a-Lympics) to shooting for the stars (in Yogi's Space Race).

In 1988, a new series of Yogi cartoons premiered in syndication using the original format of short stories set in Jellystone Park. The rest of the week's Yogi Bear block featured reruns of Yogi's earlier cartoons.

In 2009, Warner Bros. (which now owns the rights to all H-B properties) announced that a live-action/CGI animated Yogi Bear film was in the works and the teaser trailer of Where the Wild Things Are DVD. Dan Akroyd voiced Yogi in the film.

The plot of most of Yogi's cartoons centered on his antics in the fictional Jellystone Park, a takeoff on the famous Yellowstone National Park. Yogi, accompanied by his constant companion Boo Boo, would often try to steal picnic baskets from campers in the park, much to the displeasure of Park Ranger Smith. Yogi's girlfriend, Cindy Bear, sometimes appeared and usually disapproved of Yogi's antics. 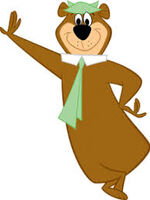 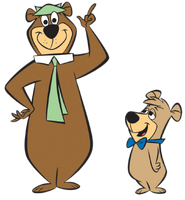 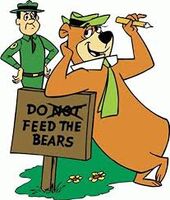 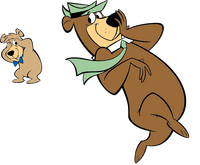 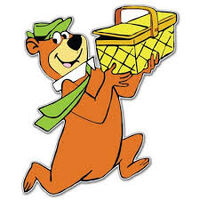 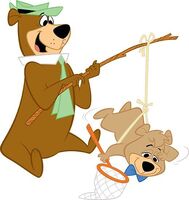 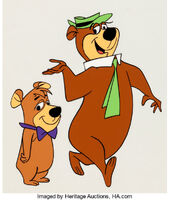 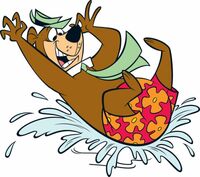 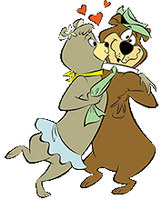 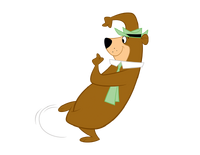 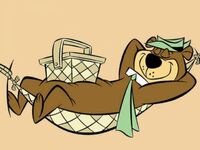 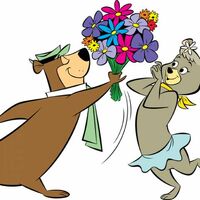 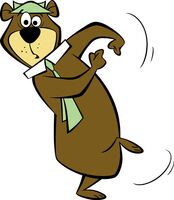 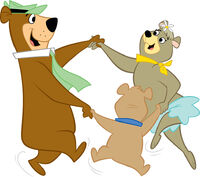 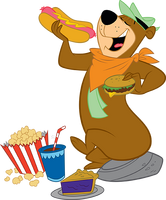 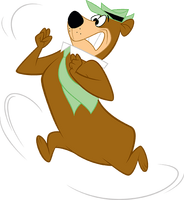 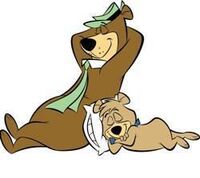 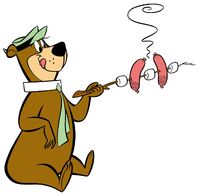 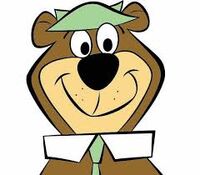 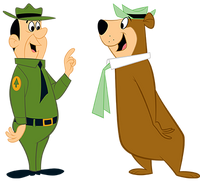 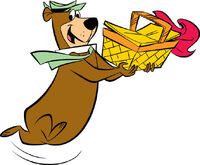 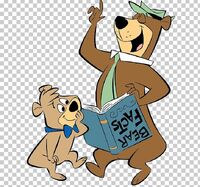 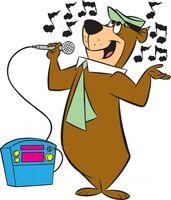 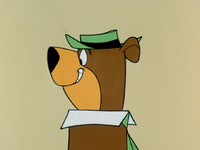 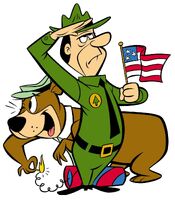 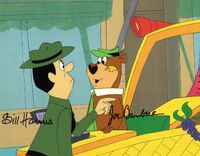 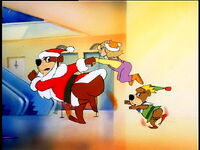 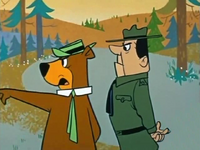 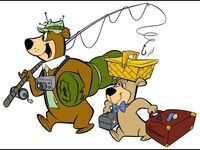 Add a photo to this gallery
Retrieved from "https://charactercommunity.fandom.com/wiki/Yogi_Bear?oldid=45731"
Community content is available under CC-BY-SA unless otherwise noted.