Samuel Michelangelo Rosenbaum, better known as Yosemite Sam, is a loud western figure of Looney Tunes. He is the one of the primary antagonists of Bugs Bunny. He was created because Elmer Fudd was considered very soft and Friz Freleng needed a tougher figure to face Bugs.

Yosemite Sam is one of Bugs' toughest antagonists. Yosemite Sam is a more violent character than Bugs' most famous antagonist Elmer Fudd, given that Sam has a tougher accent, a higher and fierce voice, and a more violent spirit. He is also quicker to learn from his mistakes, and never falls for the same ploy twice. Despite his aggressive and hot-tempered nature, he doesn't prove much brighter than Elmer in his encounters with Bugs. His noise contrasts to the calmly cocky rabbit. Sam's own cockiness gets the best of him; hence portraying him as a bumbling idiot and Bugs can see he is incapable of turning down a challenge.

A running gag in the show is that sometimes Yosemite Sam tells Bugs "Open up this door open it up now!" and Bugs opens it when Yosemite Sam is in its way of opening and then closes it leaving a raging Yosemite Sam flattened. Another gag involved Sam yelling 'Whoa!' at whatever mode of transportation he was using, only to whack it when it refuses to stop. 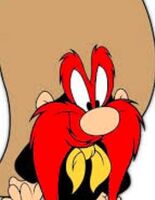 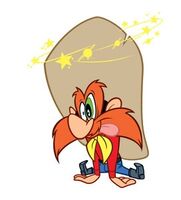 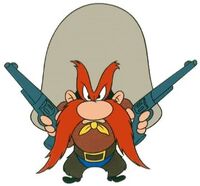 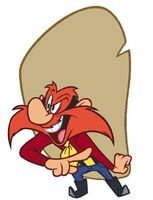 Add a photo to this gallery
Retrieved from "https://charactercommunity.fandom.com/wiki/Yosemite_Sam?oldid=45530"
Community content is available under CC-BY-SA unless otherwise noted.